The two towering fighters are set to go toe-to-toe once again for the WBC belt in Las Vegas on February 22, exclusively on BT Sport Box Office, after one of the best heavyweight title fights in years ended in a draw back in 2018.

With a combined age of 147, Hall of Fame promoters Frank Warren and Bob Arum have pretty much seen it all in the sport of boxing.

The duo have laid on some of the most memorable fights of the last century working with legends such as Muhammad Ali, Thomas Hearns, Marvin Hagler, Sugar Ray Leonard, Frank Bruno, Oscar De La Hoya, Floyd Mayweather, Naseem Hamed, Chris Eubank and countless other world champions.

This fight, exclusively live on BT Sport Box Office HD, they believe, could be up there with the biggest.

“It is so hard to say where this fight sits amongst ones we’ve done before because events were so different before. I did most of those great fights with Hagler and Hearns, Leonard and Duran – and those were huge, huge events,” Arum explained.

“Later with Mayweather and Pacquiao, Oscar de la Hoya… I have done so many big events and it is very hard to categorise this.

“It will be a huge event. Will it be as big as Ali-Frazier if that took place now? Probably not, but only because Ali-Frazier had political issues, which this fight doesn’t.”

Fury’s natural showmanship has since seen him become a superstar in the States with high-profile appearances on the Joe Rogan Experience, a handful of late night talk shows as well as a headline match in WWE during a remarkable 18 months.

The final step in Warren and Arum’s master plan was unveiled over the festive period as the pair finally confirmed Fury’s long-rumoured and long-awaited rematch against familiar foe Deontay Wilder for late February.

“This is a massive fight,” stated Warren.

“This one is between two undefeated fighters, the No.1 and No.2 in the world. These are the two best heavyweights in the world who had a fantastic fight first time around and, for the fans, it doesn’t get any better.

“It was a very exciting spectacle just over a year ago, with the most dramatic last round of any fight in recent years. It is the consummate boxer against a guy who is the most dangerous puncher in the last 30 years. At any stage, any second of the fight, Wilder can pull a big punch out.

“But, in the first fight, Tyson came into it having dropped 11 stone over a six-month period. Going into this fight he is absolutely spot-on with his weight and is just training for the fight, rather than training to lose weight.

“This fight was made for last year before Tyson’s deal with ESPN came along and, while it might have been a frustrating wait for the fans, the upside is that it is a much bigger fight now due to Tyson’s ever-increasing profile in the USA.”

Since fighting to a controversial draw in Los Angeles in 2018, both men have remained busy.

Wilder, who many feel was fortunate to retain his WBC championship that night, demolished Dominic Breazeale in May before coming from behind to flatten Luis Ortiz in November.

Meanwhile Fury knocked out unbeaten German Tom Schwarz in June but had to battle to victory against tricky Swede Otto Wallin in September.

The 6ft 9ins Brit has already begun the mind games ahead of the rematch promising not just to beat Wilder, but to knock him out - and Warren believes his man is fully capable of doing so.

“I actually do think Tyson will stop him but, having said that, I don’t see Wilder doing anything differently than he did in the first fight, albeit he is a dangerous sod,” Warren continued.

“I see Tyson comprehensively out-boxing him this time around before either stopping him or winning on points by a wide margin.

“There has been a lot made of the situation regarding the officials and we will deal with that. As things stand though, I think more people in the States know Tyson than know Wilder so it will be like he is the home fighter.

“The Brits will be there in thousands as well to get behind their man and they will take over Las Vegas.”

Fury’s ascent to stardom across the pond has been rapid but unsurprising to Arum, who likened the Manchester man to one of the sport’s most charismatic figures.

“He is a promoter’s dream and it reminds me of when I promoted Ali,” Arum stated.

“Ali was such a brilliant self-promoter, but a lot of people would then give me credit for having him say this or that. Of course I had nothing to do with it.

“It is the same with Tyson Fury. The only input I have is to have my staff tell him where he has to be at a certain time. You don’t tell Tyson Fury what to say.”

But words will only get Fury so far as he prepares to trade leather with a man who Arum believes could the most destructive puncher in boxing history for a second time.

“I haven’t seen a guy with that one-punch power; I’ve never seen anything like it,” the 88-year-old said.

“It is actually accentuated by the fact he doesn’t know how to box. He is a horrible boxer. He puts on a clinic of how not to box, but he has that right hand and it is like a laser that will find the most vulnerable part of his opponent’s anatomy.”

Most Viewed This Week
Boxing Listings 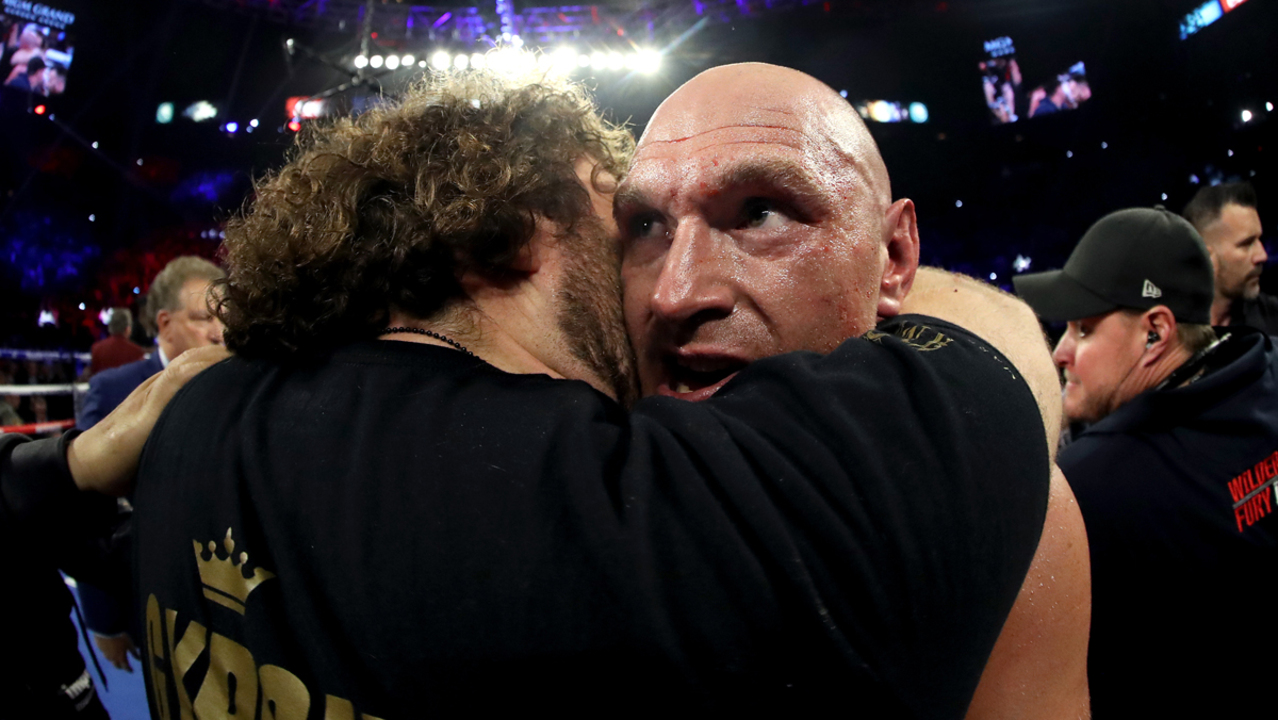 Fury's cutman "Stitch" on what happens between rounds

What next for Fury? David Haye has his say

What Fury said to Wilder in the ring after the fight

The King atop his throne! Watch Fury's epic walkout

Fury – I’m not fighting for a decision

Where is Wilder vs Fury 2 taking place?

Wilder vs Fury 2: Tale of the Tape

When is Wilder vs Fury 2 on BT Sport?